going with your gut 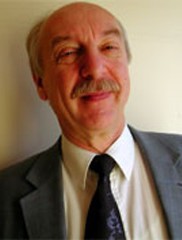 Two years ago, when Malcolm Gladwell published his best-selling “Blink: The Power of Thinking Without Thinking,” readers throughout the world were introduced to the ideas of Gerd Gigerenzer, a German social psychologist.

Dr. Gigerenzer, the director of the Max Planck Institute for Human Development in Berlin, is known in social science circles for his breakthrough studies on the nature of intuitive thinking. Before his research, this was a topic often dismissed as crazed superstition. Dr. Gigerenzer, 59, was able to show how aspects of intuition work and how ordinary people successfully use it in modern life.

And now he has written his own book, “Gut Feelings: The Intelligence of the Unconscious,” which he hopes will sell as well as “Blink.” “I liked Gladwell’s book,” Dr. Gigerenzer said during a visit to New York City last month. “He’s popularized the issue, including my research.”

A: It’s a judgment that is fast. It comes quickly into a person’s consciousness. The person doesn’t know why they have this feeling. Yet, this is strong enough to make an individual act on it. What a gut instinct is not is a calculation. You do not fully know where it comes from.


My research indicates that gut feelings are based on simple rules of thumb, what we psychologists term “heuristics.” These take advantage of certain capacities of the brain that have come down to us through time, experience and evolution. Gut instincts often rely on simple cues in the environment. In most situations, when people use their instincts, they are heeding these cues and ignoring other unnecessary information.

Q: In modern society, gut thinking has a bad reputation. Why is that?

A: It is not thought to be rational. One of the founders of your country, Benjamin Franklin, suggested to his nephew that when he made important life decisions, he should do it like a bookkeeper — list all the pros and cons and then make the decision, after weighing everything. That is the classical rational approach.

Q: I make my decisions that way. What’s wrong with it?

A: In some situations, that demands too much information. Plus, it’s slow. When a person relies on their gut feelings and uses the instinctual rule of thumb “go with your first best feeling and ignore everything else,” it can permit them to outperform the most complex calculations.

In the 1990s, I was living in Chicago, where there are high dropout rates from the high schools. People often asked, “Is there a way to know which school has the lowest dropout rate?” There existed data measuring different cues of school performance: the pay of teachers, the number of English-speaking students in a class, things like that.

I wondered: could one feed these into a computer, analyze them and obtain a prediction on which high school produced the fewest dropouts? We did that. And we were astonished to find that computer-based versions of Franklin’s bookkeeping method — a program that weighed 18 different cues — proved less accurate than going with the rule of thumb of “get one good reason and ignore the rest of the information.”

Q: What was the “one good reason” that got you the right answer?

A: Knowing which school had high daily attendance rates. If two schools had the same attendance levels, you needed one more cue — good writing scores — and then you could ignore the rest.

Q: You are the author of a famous study on how people use instinct in investing. Why this topic?

A: Because intuition often underlies stock picking. Ordinary investors will frequently pick a company they’ve heard of before. We call this the “recognition heuristic,” and it basically means “go with what you know.” I was curious: is this effective? In the 1990s, we interviewed 360 pedestrians in Chicago and Munich. We asked if they were familiar with the names of German and American corporations traded on the stock exchange. Using the names of the most frequently recognized companies, we then made up investment portfolios.

After six months, the high-recognition portfolios, on average, gained more value than the Dow and DAX markets and some big-name mutual funds. The high-recognition portfolios did better than a portfolio we created from randomly picked stocks and another made up of low-recognition stocks. Over the years, we’ve repeated this experiment twice, in different ways. Each time, the intuitive wisdom of the semi-ignorant outperformed the calculations of the experts.

Q: Have you considered going to your pedestrians for investment advice?

A: Yes! I did that once. I invested $50,000 in high-recognition stocks picked by the least stock-savvy group we studied, those German pedestrians. Their portfolio went up 47 percent in six months, as opposed to the 34 percent gains made by the German stock market as a whole. This was during a bull market.

Q: Where can gut instincts fail?

A: Here’s an example: after 9/11, many Americans stopped traveling in airplanes and drove on highways instead. I looked at the data, and it turned out that in the year after the attacks, highway fatalities increased by an estimated 1,500 people. They had listened to their fear, and so more died on the road. These kinds of fatalities are easily avoided. But psychology is not taken very seriously by governments. Most of the research about how to combat terrorism is about technology and bureaucracy — homeland security. In this case, educating the public about their own gut reactions could have saved lives.

Q: Some of your critics say that gut instincts just aren’t scientific. What’s your answer?

A: We study these things, where intuition is good and where it’s not. One should also not overlook that in science itself, you need intuitions. All successful research scientists function, to a degree, on gut instincts. They must make leaps, whether they have all the data or not. And at a certain moment, having the data doesn’t help them, but they still must know what to do. That’s when instinct comes in.

Q: Do you think of yourself as intuitive or rational?

A: Both. In my scientific work, I have hunches. I can’t explain always why I think a certain path is the right way, but I need to trust it and go ahead. I also have the ability to check these hunches and find out what they are about. That’s the science part. Now, in private life, I rely on instinct. For instance, when I first met my wife, I didn’t do computations. Nor did she.

Q: Shakespeare’s “Hamlet” is about a young man who doesn’t respond to his first best instinct, which is to avenge his father’s murder by killing his uncle. If Hamlet had listened to his gut, how would the play be different?