Last night after a lovely night out with Sarah and her parents (pics to come), instead of chasing the elusive Holy Grails of my life (fun and cute boys), I came home and watched the most fun movie. It's called Seeing Other People, and starred Jay Mohr and Julianne Nicholson as super cute couple Ed (tv writer) and Alice (landscape gardener) who are due to be married in a few months. After Alice spies a waiter having a quick anonymous sex session with a guest at her engagement party, Alice decides she needs to have sex with more people before she gets married. So Alice proposes this to Ed who reluctantly agrees that they will both see other people until they get married. HILARITY and very well written dialogue ensues. The film also features Andy Richter, the woman who plays the mom on Gilmore Girls, the guy who plays the dad on Malcolm In The Middle, this guy from (my guilty pleasure show) What About Brian. Anyway, highly recommended. I'm gonna buy it so come see it over here if you want.

In other news I spent all Friday night with best friend D, and we talked and talked and talked and I realized that things in my life go MUCH better when I am aggressive. I worry about being aggressive because I know that scares a lot of people away, but I have to accept that I can't please everyone ever so I should focus on pleasing myself while offending the fewest number of people.

Here are pictures from Friday night with D, we went by this tiny art show where this guy,Matthew Schnipper (who it turns out is from FADER), had gone A-Z through his record collections and picked one record per letter and given a little personal anecdote relating to the record. Then we went to Soho Park which used to be part of the adjacent parking lot, but is now a cute little burger joint. 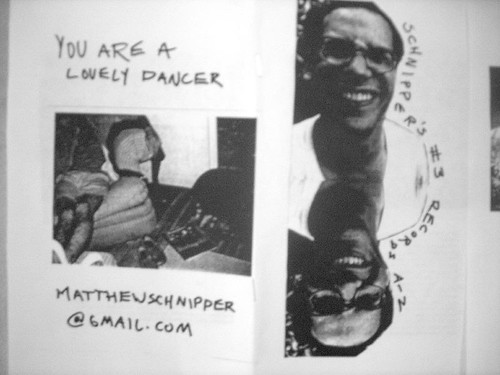 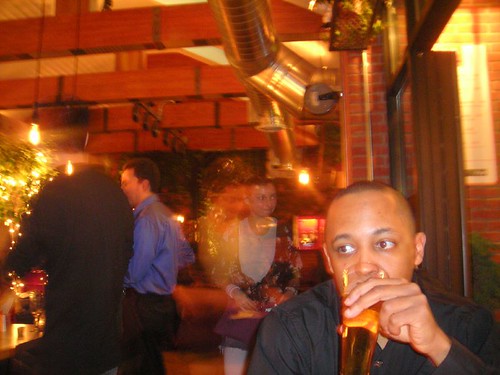 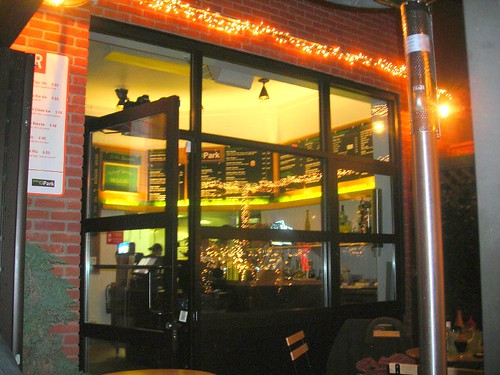